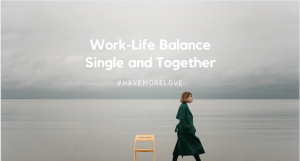 You know the answers to all your own questions. But do you want to?

The thing about asking a hard question is, sometimes you need to give yourself a hard answer. And if you’re not willing to do that, nothing will ever change.

In my twenties I wanted to be married and have a family and a house in the suburbs and a husband who took the train to work in the city every day.

In my thirties I wanted to be married and have a husband who had a career that took us to exotic locales all over the world and I would have an amazing career helping other expats acclimate to their new surroundings.

It was sometime in my forties after a breakup that felt achingly familiar that I finally admitted to myself I might not ever be married because I wasn’t dating men who I actually wanted to be married to.

I was dating men who looked good – on paper, in pictures, in suits. But I wasn’t dating men who felt good – in my heart, in my soul, in my vision for my life.

If I said I wanted to be married then why was I dating men I didn’t want to marry? In hindsight I could look around my entire life and see where I said I wanted things and was consistently taking actions that led me away from those things, not toward them. But if you’d pointed that out to me at the time I would have told you that I get to like what I like and choose whomever I choose, which is true, although at times not at all useful.

If you say you want to be married, why are you dating men you don’t want to be married to? There’s safety in being able to continue life as you know it. I got to live where I wanted, have the friends that I wanted, stay up watching TV all night if I wanted and shop every night after work because nobody was waiting for me to come home for dinner. None of that sounds like a worthy tradeoff – what’s the real deal?

I got to be right about the negative beliefs I’d had about men for so long.

And I got to hold tight to the negative feelings I had for myself.

I didn’t have to change.

Choosing to date men based on one or two characteristics that are not important is something I see women do all the time. It’s a hard habit to break, and yet if you don’t, nothing will change.

Be honest – are you in the habit of dismissing your list of important qualities for the sake of dark hair, tight abs or a megawatt smile? Qualities you see aren’t really qualities, they’re attributes – and attributes are more for the sake of people outside the relationship. They look good, but ultimately they don’t impact your day-to-day living.

Here’s how I broke that habit. I became the woman who gets what she wants rather than defaulting to what she’s always had. I learned and accepted a new truth about men. Many men are exceptional and I decided to only seek out those who were. And the ultimate act of rebellion – I traded my negative self-belief for the glorious luxury of self-love and self-acceptance.

I decided to stop wasting time with men who didn’t want what I wanted, no matter their height or their hair color. When you master the art of spotting the green flags as well as the red, from the very beginning of the dating experience, you’ll begin to attract men you will want to marry – and who will want to marry you. And then dating becomes so much easier and a lot more fun!

So … Do you want to be single forever?

If you do that’s okay.

But if you really are committed to engaging in the enriched romantic relationship that until now you’ve only dreamt of, and if you want to be married, here are some things I can show you how to do that will change the rest of your life for the better.

Manage your thoughts. Developing beautiful, peaceful, uplifting beliefs about yourself and men is like sinking into a bathtub full of silky bubbles and water that is juuuust the right temperature! Pause for a moment and feel that. Don’t you want that experience more than you want to hold onto your negative self-talk?

Manage your emotions. Being cherished in the long run is more important and longer lasting than the temporary relief you’ll feel from choosing a man who looks good for now but doesn’t feel good for life.

Hold yourself lovingly. When you feel fear because you’re entering foreign territory you can offer yourself the same compassion you’d give to a timid child. Because in that moment, that’s what you are. That’s the reason you haven’t been able to create this on your own and it’s okay. That’s what I’m here for.

This is your life. The way you love in it is up to you.